The 2016 Volkswagen Beetle brings back its iconic design and bold styling along with the addition of 4 new exterior color options.

The Beetle's R-Line engine offers the most power at 210 horsepower, but the 1.8T and TDI engines still offer impressive performance with 170 and 150 horsepower, respectively.

Every 2016 Beetle model is equipped with the MIB II infotainment system, and all but the base TSI S trim also have VW Car-Net App-Connect.

Every engine available for the 2016 VW Beetle is incredibly efficient, offering from 30 to 41 highway miles per gallon.

2016 Brings Back Volkswagen's Most Iconic Vehicle

The Volkswagen Beetle, originally known as just "The Volkswagen" was VW's first ever model. The unique coupe has certainly come a long way since it first made its way to the US market nearly 70 years ago. Since its inception, the Beetle has gone through rigorous updates, but it has still been able to hold onto its vintage styling while keeping up with the modern world. Luckily, the 2016 Volkswagen Beetle in Sayville NY continues this tradition by bringing back everything drivers love about the sporty coupe for the new model year while providing a few great updates. The 2016 Beetle brings back its styling, performance, and many of its features while also getting a revised trim lineup, new technology, and new exterior colors.

The Beetle trim lineup is now more concise and more simplified, with 3 models and 2 to 3 trims for each model. Every model has the MIB II infotainment system and all but the base TSI S trim will get the Car-Net App-Connect feature which supports Apple CarPlay, Android Auto, and MirrorLink for incredible smartphone connectivity. There is also a new lighting package available for every model apart from the R-Line SEL, which already has these features. The lighting package includes Bi-Xenon headlights, LED daytime running lights, and LED rear license plate lighting. For 2016, the Beetle also gets 4 new exterior colors including Silk Blue, Habanero Orange, Dark Bronze, and Sandstorm Yellow. 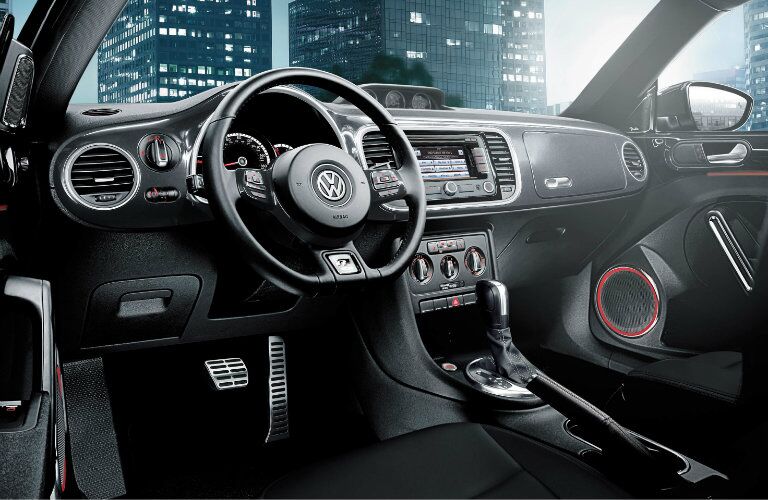 Apart from the new features and technology, the 2016 VW Beetle brings back many great amenities for the new model year. Available features for the new Beetle lineup include a panoramic power sunroof, a leather wrapped shift knob and brake lever, heated front seats, V-Tex leatherette seating, a rearview camera, Blind Sport Detection with rear traffic alert, keyless access with push-button start, and more. If you would like to learn more about the 2016 Volkswagen Beetle in Sayville NY, stop into Donaldsons Volkswagen today.