For 2016, the Volkswagen Passat has had a major redesign from the inside out resulting in a more aggressive stance and more sophisticated styling.

For the first time ever, the 2016 Passat gets a sporty R-Line trim which will offer more athletic styling and premium features throughout the vehicle.

The 2016 Volkswagen Passat comes back with the same engine options as the previous model, including a 280-horsepower VR6 and TSI which can reach 38 highway mpg.

Like most 2016 Volkswagen models, select trim levels of the Passat can be equipped with a variety of cutting-edge driver assistance technology for advanced safety.

The new Passat, like most 2016 models, has the MIB II infotainment system across the lineup and most trim levels also get the VW Car-Net App-Connect feature.

The 2016 Volkswagen Passat has a variety of great available features like Bluetooth connectivity, heated rear seats, and an Easy-Open keyless access trunk.

The 2016 Volkswagen model lineup is already incredibly exciting, offering new technology and features. The most exciting model in this lineup however, is one vehicle that has been completely revamped for 2016. This vehicle is the 2016 Volkswagen Passat in Islip NY. Not only is the new Passat redesigned from the inside out, it also joins other 2016 VW models in offering the latest high-tech connectivity and safety features.

On the outside, the 2016 Passat looks much different than its predecessor, with a completely new grille, front bumper, front fenders, headlights, hood, rear bumper, and trunk. On the inside, the Passat gets an updated, more sophisticated interior featuring a new instrument panel and new center console. For the first time ever, the Passat is also available in an ultra-sporty R-Line trim which has an even more athletic design. Even though the Passat looks different, it is still crafted with the most superior materials and workmanship to bring you one incredible mid-sized sedan.

The 2016 Passat will bring back the same lineup of engines as the 2015 model. This includes a 1.8T TSI, TDI, and VR6. The VR6 will once again provide superior performance, achieving up to 280 horsepower. The TSI engine is once again incredibly efficient, offering an EPA estimate fuel economy rating of 38 miles per gallon when equipped with the automatic transmission. 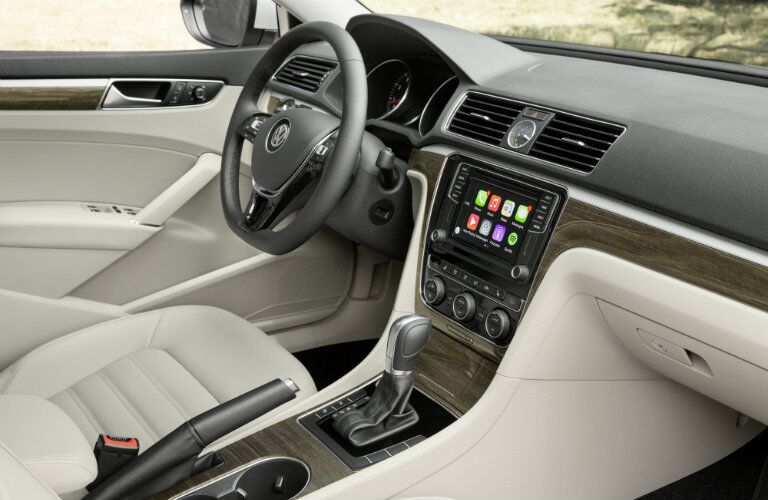 The 2016 Volkswagen Passat is Available on Long Island

Not only is the styling and design of the Passat new, but it also has a new infotainment system, driver assistance technology and features. Like most 2016 models, every Passat comes with the new MIB II infotainment system for the most cutting-edge in-vehicle technology. Even better, most trims are also equipped with VW Car-Net App Connect which offers an unmatched level of connectivity, allowing integration with virtually any smartphone operating system.

Other new technology for the Passat includes high-tech driver assistance safety features, which are available for select trim levels. These features include Adaptive Cruise Control, Forward Collision Warning with Autonomous Emergency Braking, a Blind Spot Monitor with Rear Traffic Alert, and more. The 2016 Volkswagen Passat is now available right here near Islip, New York at Donaldsons Volkswagen. For more information about the new Passat get in touch with our friendly staff.